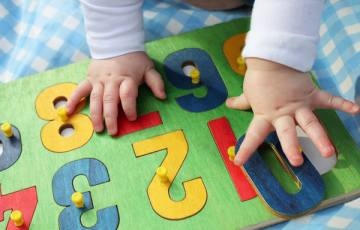 If you’re a parent who is strapped by a limited income but still wishes you could spoil your children with various toys, an alternative solution might be closer than you think. Most family and community centres have toy libraries, where parents can sign out toys for their children for a couple of weeks at a time, then return them for others to use.

It’s a widespread concept that was established in Los Angeles back in 1935, and is now prevalent around the world, including France, where they’re known as ludothèques (if they focus on special needs children, they’re known as lekoteks.). In Canada, Samaritanmag found them in Ottawa, Toronto, Montreal, Halifax, Calgary, West Kootenay, BC; Peace River, AB and more.

“There are always families with children in the toy library. It’s definitely very popular with the cards being signed out. Every person signs their membership numbers plus the toy number, so it’s something that the community frequently uses," she tells Samaritanmag.

For a yearly membership fee of $35, Watkins says families, parents and caregivers can borrow books for both children and adults, and everything from puzzles and musical toys to “cognitive” toys.

The lending period is two weeks, and after the toys are returned, Watkins says “anything from that bin is washed before we put it back in the toy library for circulation again” to address hygiene concerns. She says the toys in the library are targeted towards infants and children up to 5.

Watkins says she’s given a yearly budget for a number of things, including toy purchase, and reports that the Central Eglinton Community Centre also receives donations from individuals, families and “I connect with organizations that give donations to non-profit organizations.”

Estimating the Central Eglinton Community Centre Group to have “several hundred active members,” Watkins says citizens from diverse ethnic and economic backgrounds frequent the library, which is usually open from 9:30 a.m. to 4:30 p.m. weekdays, 5:30 to 7:30 p.m. weeknights to cater to working parents, and weekends.

“We accept all children,” says Watkins. “Some may have special needs. Some kids may be autistic, or have visual impairment.”

She adds that the Centre also offers classes for infants and preschoolers ranging from “a toddlers’ gym class, where it focuses on their growth mode or moving their large muscles” to programs in art and sensory.

You’ll find toy libraries operated by family and community centers, some by financial institutions like Ryerson or others that have early childhood development training, and some public libraries. They’re like a phone call away, not too far in terms of travel, and ready, willing and able to accommodate much of your needs when it comes to helping your children.