ATTENTION U.S. Bieber Fans: Want Him To Visit Your School? Get Cracking 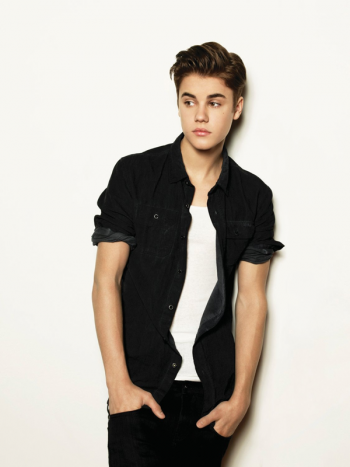 Canadian pop artist Justin Bieber, whose official web site includes a charity movement section that runs a tally of the amount raised through his Believe Charity Drive — $1,192,2004 and counting — has issued a further challenge to his fans: the school that raises the most money for Schools4All wins a visit from him. The contest closes Jan. 31, 2013.

In a 30-second YouTube video, entitled Justin’s Important Announcement – What Did Justin Say?, Bieber comes through some doors in between two barricades separating him from screaming girls and makes an inaudible announcement. His voice can only be unlocked by going to www.whatdidjustinsay.com and providing an email address.

Then we hear it:

“Hey what’s up guys? Thank you so much for giving me the chance to be heard. Now I’m going to give you a chance too,” Bieber says. “There's an organization I really believe in called Pencils of Promise. They build schools all around the world for children who don't have access to a quality education.

“So here's the deal: with every $25 donation raised by the students at your school, you'll educate another child and get the chance to win great prizes like me coming to your school. Well, today there are 61 million children that need your help so join the movement of student for students and make your voice heard.”

A student simply needs to set up a fundraising page at www.schools4all.org for his or her school and collect the donation directly through the page. Unlike last year's Schools4All campaign, a student cannot enter as an individual.

“Pencils of Promise believes every child should have access to quality education,” it reads on the web site. “We create schools, programs, and global communities around the common goal of education for all. We were founded with $25 in 2008 with the goal of building one school. Today, we’re on track to break ground on our 100th school by the end of 2012.”

What is a little confusing is where Bieber is visiting. On the FAQ it says that the top three money-raising schools will receive flights to the winning school that the singer visits — but isn’t the top school the winning school?  That point is clarified in the rules & regulation section: the fundraising sweepstakes awards include “Grand Prize,” “First Prize,” “Second Prize,” “Third Prize,” and “Mobile Prize,” plus 18 weekly prizes.

Of course, Pencils of Promise clearly states in its FAQ that it is not guaranteed that all students at the winning school will get to meet Bieber one-on-one. “We can guarantee that it will be an unforgettable experience!”