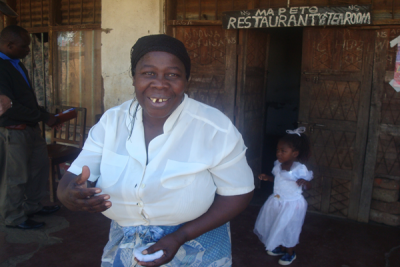 The private, nonprofit organization established in 2005 by philanthropic organic mega-retailer Whole Foods Market provides grants to microfinance institutions in Latin America, Africa and Asia which in turn “develop and offer microenterprise loan programs, training and other financial services to the self-employed poor.”

Usually, these poor are women (90 percent) and typical loan amounts are, as the name suggests, micro by Western standards — often just a few hundred dollars. According to the Foundation’s comprehensive website, average first loan size in the developing world is $164.

But these loans, which require no collateral, credit history or binding contracts, routinely mean the difference between self-sustainability and hopelessness, allowing borrowers to establish businesses they couldn’t otherwise get off the ground.

Indeed, entire families and communities are buoyed each time an enterprising but capital-poor woman is able to bring goods or services to market; the Foundation estimates a total of 1,342,275 souls have been supported through the above-mentioned 224,772 microcredit clients.

“As a rule, the Foundation grants almost never fund an actual Whole Foods Market supplier/farmer, as these farmers, who are producing a high quality exportable product, are rarely among the poorest of the poor,” the website explains.

“One hundred percent of the Foundation's overhead costs are covered by Whole Foods Market and thus 100% of donations goes to microlending programs effective at alleviating poverty.”

Sansone spoke with Samaritanmag from his office in Austin, Texas about the Foundation’s work, and especially, how small contributions from Western consumers can have huge impact in the developing world when converted into microloans. 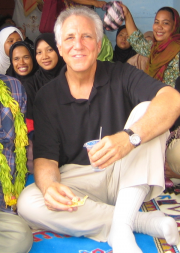 Samaritanmag: Your mission statement is simple but judging by the reams of information and reports on your website, there are a lot of moving parts behind the Whole Planet Foundation. For instance, where does your funding come from?

Philip Sansone: Starting at the top, our number one revenue source is donations at the cash register. Well over half of our money comes from that. We’ve raised $5.5 million [stateside] in six weeks this year, and 2013’s goal is $6 million. Our next revenue producer: the Foundation gets one percent of the retail sale price of products than have been designated Whole Trade guaranteed products [such as fair trade products] throughout the store. That will typically generate about $1.5 million a year. And that grows as new products are added to the Whole Trade line.

Next up is funds generated by our own team members [a.k.a employees]. We’ll raise about $1 million from payroll deductions they sign up for and have directed to the Whole Planet Foundation. Then we have all kind of different programs our suppliers can participate in, such as committing $50,000 per year for three years. Other programs go down incrementally; a company might finance a loan a month, so small suppliers can also participate and, say commit $200 a month for a year.

Finally, we have “scanbacks” or one-off programs where a supplier will say, ‘OK we’ll have a big sale in our region and donate 10 cents a box to the Foundation.’ Plus we sell calendars and that generates a lot of revenue for us because they’re $3 and we’ll sell maybe 70,000 of those.

Samaritanmag: Can you put that into a Canadian perspective for me? Are all these programs in place here?

Philip Sansone: No. The Canadian government does not recognize microcredit as a viable development tool. They essentially said to us — and I am paraphrasing — that we aren’t giving anything away, therefore this is not development and therefore they would not give us charitable status. We do have nonprofit status, so we are able to collect funds at cash registers and promote what we’re doing to Canada, but because we were unable to get that charitable designation, it’s not tax deductible and there are things we cannot do. We really tried and we spent tens of thousands of dollars on lawyers and appeals and rewriting things, but someone in the Canadian bureaucracy just said no. Will we come back and try again?  Maybe. But legal fees are expensive.

Samaritanmag: So what can a Canadian consumer who endorses the work of the Whole Planet Foundation do to help?

Philip Sansone: Give at the cash register. A dollar or two or three can really help and if you’re shopping a lot at Whole Foods during one of our six-week cash register campaigns [which are arbitrarily determined by each region, usually during an off-season like February or March], that can mount. Remember these loans only take about $100 to it’s not hard to get to that level if you have a mind to. Canadians can also go to our website and donate there. 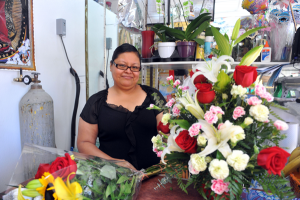 Samaritanmag: The notion of solving poverty seems at once so simple and yet so complex.

Philip Sansone: Yes. But nations like India, China and Brazil have proved that elimination of poverty is as easy as liberating the economy, letting people do what it is they want to do, and providing them with infrastructure and access to capital. China alone moved nearly a half a billion people from the lowest rungs of poverty into a previously non-existent middle class simply by liberating their economy and allowing people to do what they want to do. The same with Brazil and India and between the three countries, you’ve got maybe three-quarters of a billion people no longer in the role of the poorest of the poor. And this should continue.

We are seeing some backtrack however, in India particularly where bureaucracy seems to promote poverty. And many policies here in the United States adversely affect the world’s poverty, such as bio-fuel or ethanol programs. Recent studies by the United Nations suggest that corn prices tied to bio-fuel programs have risen and they attribute about 200,000 deaths per year to our fascination with ethanol. Add that to some of our other dubious policies like debasing our currency which we’ve done over the last four years and we [Americans] have killed hundreds of thousands of poor people. And no one even notices it. People here need to think about the repercussions of our actions on the rest of the world.