Rising Pop Star Wanting Fans To Get Pets From Shelters 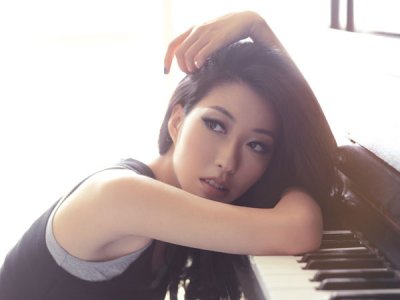 “This is not real leather,” Wanting Qu tells Samaritanmag of the black jacket she has on. While not a vegetarian, she says, “I don’t want to be associated with furs and leather, any animal skin.”

The Chinese-born, Vancouver-based pop singer-songwriter, who simply goes by her first name professionally, is sitting in the CBC atrium in Toronto doing a round of press the day after her sold-out show at the Mod Club.

Her music videos on You Tube have more than 7 million views collectively, including 1.5 million for the Chinese-language “You Exists In My Song,” while her English single, “Life Is Like A Song,” has 78,000.

Despite her growing popularity since releasing her debut album, Everything In The World, on Nettwerk earlier this year — and earning a double-platinum (80,000) certification in China — she has not aligned herself “officially” with a charitable organization or cause, but animal welfare is important to her and she seizes moments when she can to let this be known to her fans.

“For example,” Wanting says, “I was in China and I wanted people to know that there are a lot of pets – dogs and cats – that you can get from shelters. You don’t have to buy them from the store because those are the ones that are going to die if you don’t buy them. There’s a lot of dogs and cats that need a home and you can go get them from a shelter.”

In 2011, Toronto city council banned the sale of of dogs and cats in pet stores — unless they are from animal shelters.