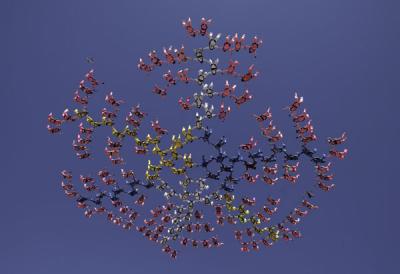 Rare is the film festival that is at once cutting-edge topical and deeply entertaining. But Toronto’s Breast Fest – billed as the world’s first and only breast cancer film festival and poised to celebrate its fifth year in 2012 – gamely pushes the boundaries.

All three tap serious marquee talent. The fundraiser, for example — cheekily dubbed Tits N’ Sass and aiding the Canadian charity which seeks to engage the under-40 crowd in awareness and activism — finds top-flight comedians Elvira Kurt and Sandra Shamas, Kid in the Hall Scott Thompson and others hosting the Saturday night at the fest’s Bloor Hot Docs Cinema HQ.

The Speaker Series is similarly star-studded albeit with those entrenched in weightier issues such as: are environmental toxins causing an increase in breast cancer? Is the so-called pink ribbon movement unnecessarily sugar-coating perceptions of the disease? And just how short of a shrift do men suffering breast cancer get?

Of course, the films — this year from Canada, the USA, Israel and France — form the nucleus of the event, and the lineup is impressive.

For example, Academy Award-winning American director Cynthia Wade’s Mondays at Racine “follows two bold and brassy sisters who every third Monday of the month open the doors of their Long Island hair salon to women diagnosed with cancer. As locks of hair fall to the floor, women gossip, giggle, weep, face their fears, and discover unexpected beauty.”

Also of note from the U.S.: Pink Skies, director Gulcin Gilbert "inspirational documentary about the empowerment of women.” And Canada’s Pink Ribbons, an NFB entry, which charts “how the devastating reality of breast cancer, which marketing experts have labeled ‘a dream cause,’ has become obfuscated by a shiny, pink story of success.”

Heavy stuff, and there’s plenty more on offer. As festival artistic director Michelle Rothstein says in a statement, "Breast Fest uses film and the arts to tackle the difficult and emotional issues around breast cancer. Our goal in programming the festival is to find those amazing cancer stories that can inspire dialogue and create community.”

All screenings happen at the newly refurbished Bloor Cinema and, at $10 each, are cheaper than most popcorn thrillers but bound to be 10 times more affecting. Tickets go on sale Friday (October 5).